Thomas’s massage style is unique, combining what he has learned in osteopathy college with more traditional massage techniques such as trigger point release and function movement. ​Thomas will not use the traditional creams or lotions (so no need to shower after your massage) and will work over your clothes to release your muscle tension, so come wearing loose clothing. He wants to help everyone make their day to day more manageable or get back to life as quickly as possible after an injury, he helps with headaches, musculoskeletal injuries to shoulders, elbows, wrists, low back, hips, necks, ankles, and knees , TMJ, chronic conditions/pain, constipation and lots of other issues.  Thomas uses a wide variety of techniques including, deep tissue massage, fascial release, craniosacral therapy, joint pumping and many others.

Thomas grew up in Aurora, playing sports in his free time.  His school years he was a cross country runner and competitive basketball player.  During the summer he was cottaging or off to camp Kitchikewana on Beausoleil island where sailing was his favourite thing to do.  Later on in high school he began playing Ultimate frisbee. He found himself representing Canada twice on the world stage winning a Silver in Vancouver BC and a Gold medal in Florence Italy.  Throughout his athletic career he had an assortment of injuries, for which he went to massage therapy for and found it got him back on the field and court effectively.  After a short career in Personal training, he decided to attend the Canadian College of Massage and Hydrotherapy and has been a practicing RMT ever since.  He has worked in an assortment of clinics gaining experience working with Chiropractors, Physiotherapists, Personal Trainers and Osteopaths.  In 2017 he began a 5 year Osteopathy diploma which he is currently studying for at the Ontario Academy of Progressive Osteopathy. Call in to book an appointment!! 705-526-6900 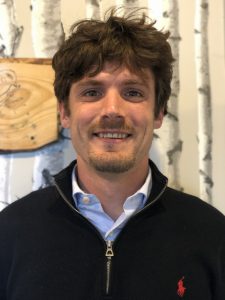